The days of the top professional SLR cameras are probably numbered. Following in the footsteps of Canon and Sony, Nikon introduces the Nikon Z9, a system camera that is supposed to outdo the SLR models in every respect: speed, features and image quality. Rumur TV has already tested a pre-production model of the Z9 and reveals what professional photographers can expect.

The Nikon Z9 comes in a super-solid magnesium alloy housing that is supposed to withstand even very adverse weather. A lot of metal ensures a high camera weight, but compared to the equally robust top SLR Nikon D6, the Z9 has slimmed down slightly: It weighs 1,160 grams (D6: 1,270 grams), with battery and memory card 1,340 grams (D6: 1,450 grams). Together with the lens, you quickly lug around 2 kilos or more. In the practical test, however, the Z9 was well balanced in the hand.

This makes it possible to work comfortably with the camera for longer periods of time, even when heavier lenses such as the Nikkor Z 50mm f1.2 S or the Nikkor Z 70-200mm f2.8 VR S were mounted. In terms of operation, the Z9 follows the lead of the D6: plenty of adjustment buttons and dials, all within easy reach. The Z9’s bulky battery (EN-EL18d) also fits the D5 and D6 SLR models and brings two improvements over the older variants of the EN-EL18: more power (36 watt-hours instead of the previous 30) and charging via USB-C (in the Z9). 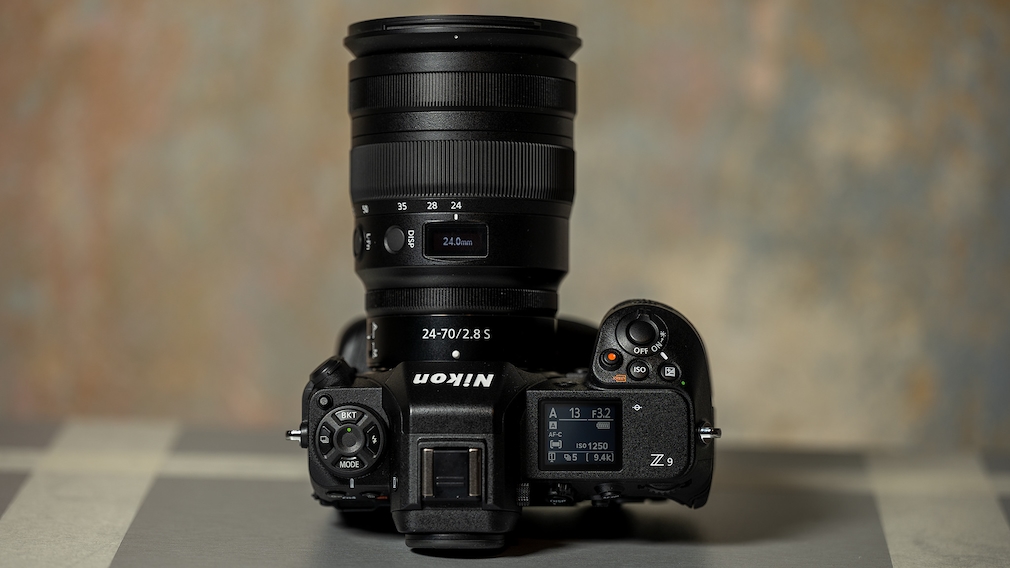 For a long time, quite low resolutions were common for top professional cameras: The Canon EOS-1D X Mark III, for example, has 24 megapixels, the Nikon D6 even only 20 megapixels. The Nikon Z9, on the other hand, relies on a much higher value, similar to the Sony Alpha 1 (resolution: 8640×5760 pixels). It comes with a 45-megapixel sensor (resolution: 8256×5504 pixels). Why? Because it’s also supposed to shoot in 8K, and that requires at least 7680×4320 pixels.

The resolution of the Z9 should look familiar to Nikon photographers; it is identical to the Nikon Z7 II, Nikon Z7, and Nikon D850. Despite the same value, however, the sensor is completely new and also gets a fresh image processor (Expeed 7) to the side, which is many times faster than the previously used Expeed 6.

During the first test shoot with a pre-production model, the combo made a really good impression (see photo gallery below): super-sharp and extremely detailed with the standard ISO 64 setting, but also pretty good with very high ISO values. Even at ISO 10,000, the shots still looked great, with very little noise and little loss of sharpness even in the 100-percent view. However, the test of the production model will have to show how good the Z9 really is. 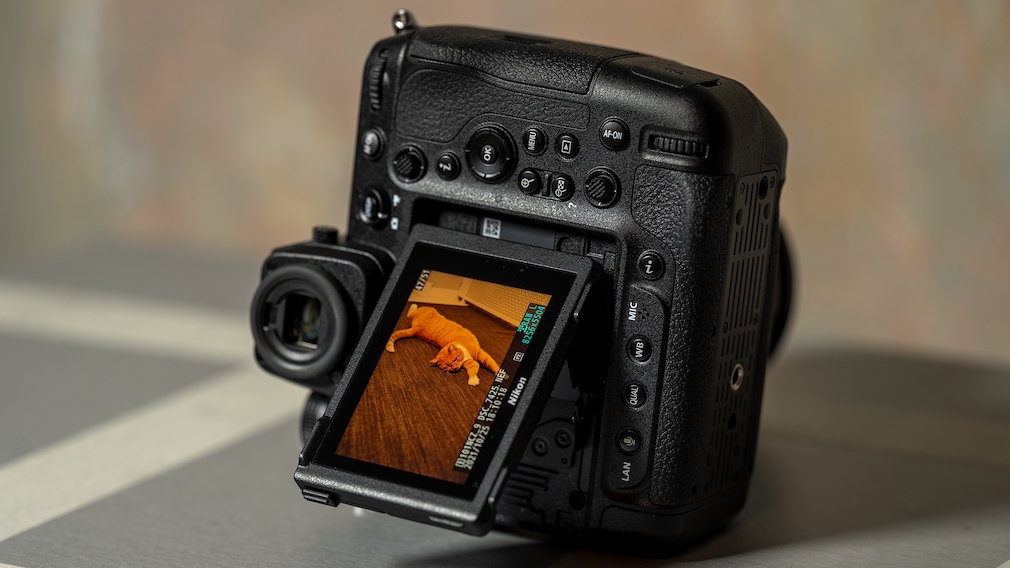 The new Expeed 7 image processor helps the autofocus, among other things. Not so much in terms of speed – the previous models in the Z series, such as the Nikon Z6 II, already delivered good results – but in terms of subject recognition and focus tracking. The Nikon Z9 offers all the current automatic scene recognition functions: for example, body, head, face, and eyes for people, and face and eyes for animals. In the practical test, this worked very accurately with a tomcat, as long as the animal was looking halfway in the direction of the camera.

In addition, there is a vehicle recognition for cars, motorcycles, and airplanes. However, this could not be checked due to the lack of a suitable subject (we will do this in the test, as well as a check of the focus tracking). Otherwise, only the Canon EOS R3 and the Sony Alpha 1 offer a similar range of autofocus functions.

It is now a matter of course in this class: The autofocus measuring points cover almost the entire height and width of the image. The Z9’s autofocus also focuses in very low light: In the practical test, the Z9 focused with the Nikkor Z 24-70mm f2.8 S at ISO 25600 and aperture f2.8 as well as an exposure time of one-third of a second (corresponds to a light value of about -8.5) – significantly slower than in good light, but even in this extreme darkness with face detection.

The Nikon Z9 clearly outperforms SLRs when it comes to continuous shooting speed: In the full resolution, up to 30 frames per second are possible (with images in JPEG format); if the photographer wants to shoot RAW photos, the Z9 manages up to 20 frames per second. The whole thing with constant adjustment of sharpness and exposure. If you are content with 11 megapixels, you can even take up to 120 pictures per second. In the practical test, a very long series with several hundred shots were possible without the camera losing speed.

Looking at the shot photos is also extremely fast. If you keep the camera’s cross key pressed, you can see the pictures running through like a movie. The price for this: The Z9 stores on CFexpress cards of the larger type B, such as the Sandisk Extreme Pro CFexpress or the Transcend CFexpress 820. They are extremely fast, but also no bargains. Nikon recommends cards from ProGrade, the Cobalt series is currently supposed to fit the Z9 best with a data rate of up to 1,700 megabytes per second.

In favor of the speed, Nikon has even refrained from installing a viewfinder with a particularly high resolution. As with the cameras of the Z5/6/7 series, it displays 1280×960 pixels with a viewfinder magnification of 0.80x. In return, the viewfinder is supposed to score with an extreme brightness of up to 3,000 nits and thus provide a bright viewfinder image even in very bright surroundings, such as on the beach at noon in summer.

This could not be verified on a gloomy October day, but we could verify that the viewfinder always delivers a lag-free image – even when the camera is focusing, adjusting the exposure, or taking continuous pictures – something that not all system cameras can do by far. Models with a higher viewfinder resolution often switch the resolution down, for example when the camera starts to focus. This is made possible by a technical trick: the sensor of the Z9 carries a very fast memory piggyback (stacked sensor), which also delivers the data twice: the data stream not only goes from the sensor to the image electronics but also in parallel to the viewfinder electronics.

This reduces the delay in the viewfinder output of the image. The sensor and image electronics of the Z9 are so fast that it does without a mechanical shutter. 4 milliseconds are enough for the Z9 to process the entire image. This makes a flash sync time of one 250th of a second possible. For comparison, the Canon EOS R3 manages a 180th of a second with an electronic shutter, and the Sony Alpha 1 a 200th of a second. Other system cameras are usually much slower here. 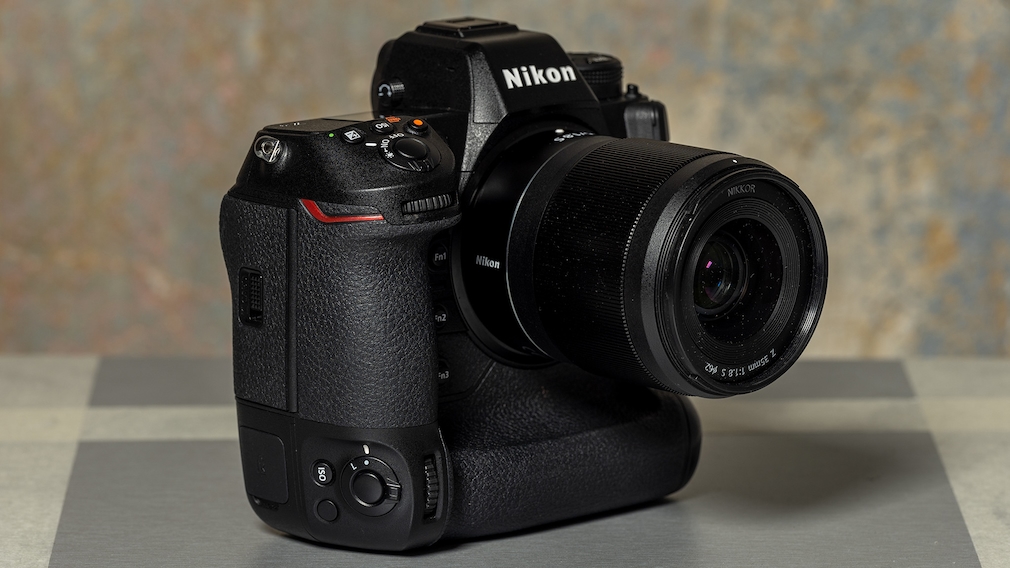 Extremely many video functions from 8K to RAW

In Nikon’s previous top SLR models, such as the D6, video functions only played a subordinate role. The Nikon Z9, on the other hand, is supposed to inspire even extremely demanding video professionals: This already starts with the resolution: The Z9 films in 8K with up to 30 frames per second. After a firmware update, which Nikon has announced for early 2022, even 8K videos with 60 frames per second should be possible – no competitor model currently achieves this, but only significantly more expensive professional video cameras. There is also plenty of choices when it comes to color depth and recording format: The Z9 records in 8-bit, 10-bit, or 12-bit, saves in the standard MOV format using the H.264 or H.265 process, and records videos in Apple’s professional ProRes format (ProRes 422 HQ).

In addition, Nikon has developed its own RAW format for videos (N-RAW), which is supposed to offer similar quality as ProRes with lower memory consumption. Perhaps even more important in practice, the Z9 is supposed to be able to film for a very long time at a stretch. With an external power supply (via USB-C Power Delivery), several hours in 8K with 30 frames per second; on battery power, up to 125 minutes should be possible with one battery charge. 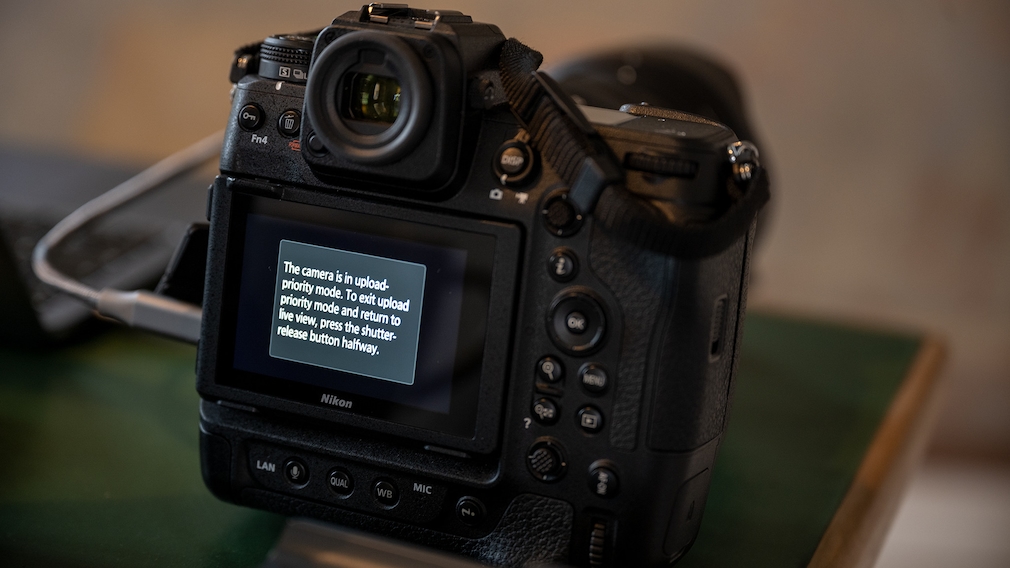 Along with the Nikon Z9, the manufacturer has announced three new lenses: Nikkor Z 24-120mm f4 S and Nikkor Z 100-400mm f4.5-5.6 VR S zooms are still to come by the end of 2021. The new 24-120 (1,250 euros) covers the most important focal lengths in one lens and turns out quite compact and light (630 grams) for a full-frame lens with a continuous f4 aperture. The 100-400 (3,000 Euro) is a telephoto zoom with a long focal length and is considerably larger and heavier (1,355 grams, with a tripod base of 1,435 grams). Both zooms belong to Nikon’s S series, which means that very high image quality can be expected. Rumur TV has already been able to test the 100-400: It delivered very high image quality in its first shots on the Z9, even with the Z-Teleconverter 2.0x teleconverter, which turns it into a 200-800 millimeter focal length zoom. Another development announcement is the fast super-tele Nikkor Z 400mm f2.8 TC VR S with a built-in teleconverter (1.4x, thus becoming 560mm f4) for sports photographers – here it is not yet certain when and at what price (probably over 10,000 euros) it will come. Nikon has revised the lens adapter for SLR lenses: The FTZ II (290 euros) turns out quite a bit smaller than the previous FTZ model. Nikon is planning eight more lenses in 2022 and 2023, including two compact models for the smaller APS-C sensor format (called DX at Nikon): 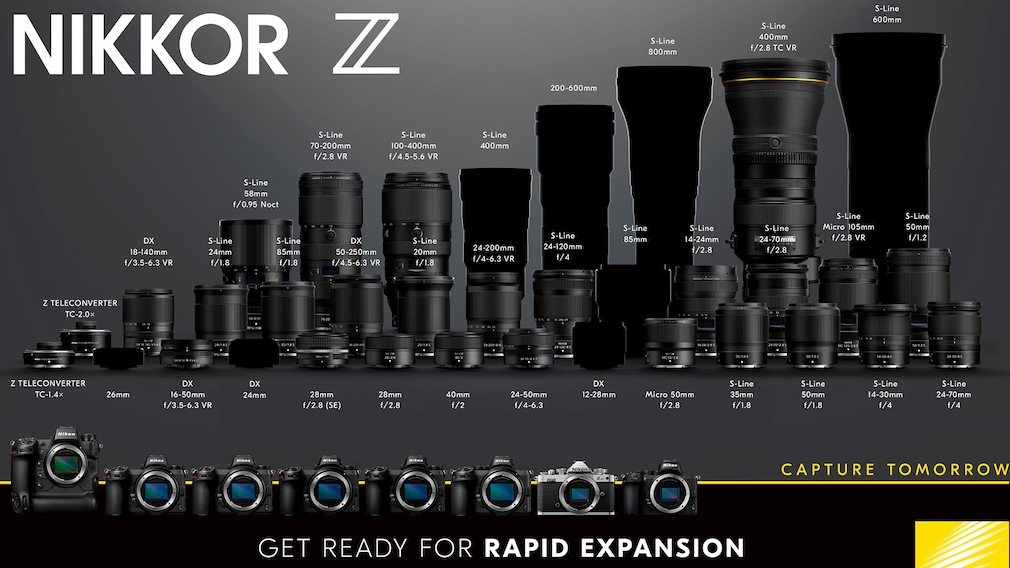 Nikon has long been a player in smartphone apps for cameras. Until now, however, they have been geared more towards amateur photographers. The free NX Mobile Air app, on the other hand, is designed to appeal to professionals as well and ensures lightning-fast image transmission via a smartphone connected to the camera via USB cable.

NX Tether is a free remote control software for PC and Mac that sends photos directly to image-editing programs like Adobe Photoshop CC and Capture One 21 after shooting. For even more info on the Nikon Z9, check out YouTube and the virtual Nikon Days (registration required).

First impression: Even the pre-production model of the Nikon Z9 takes great photos, and comes with an extremely comprehensive set of features and extremely high speed in continuous shooting and autofocus. Nikon should inspire a lot of professional photographers – who (hopefully) also have the necessary money: The housing of the Nikon Z9 alone costs $6,000. The test of the production model will show whether it is enough for first place in the best list. You can read another review here.