Yuneec has announced their newest drone, the Yuneec Typhoon H – in this drone review we’ll explore all the features and options you need to know. Let’s go!

The Yuneec Typhoon H is a hexacopter designed with one thing in mind, aerial photography, and videos. While some drones are built for fun or for speed, the Typhoon H has a party trick normally reserved for professional photography drones, and retractable landing gear. This makes Typhoon H ideally suited to taking aerial videos because the camera can freely rotate through 360 degrees while the drone is flying, without getting shots of the drone’s legs or props. The camera is also not limited in how long it can continue to rotate, allowing the Typhoon H to complete multiple 360-degree rotations. 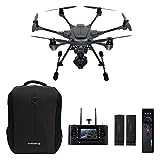 Getting right into the meat of the review, I thought I would break down the tech specs, and give my pros and cons of the Yuneec Typhoon H. 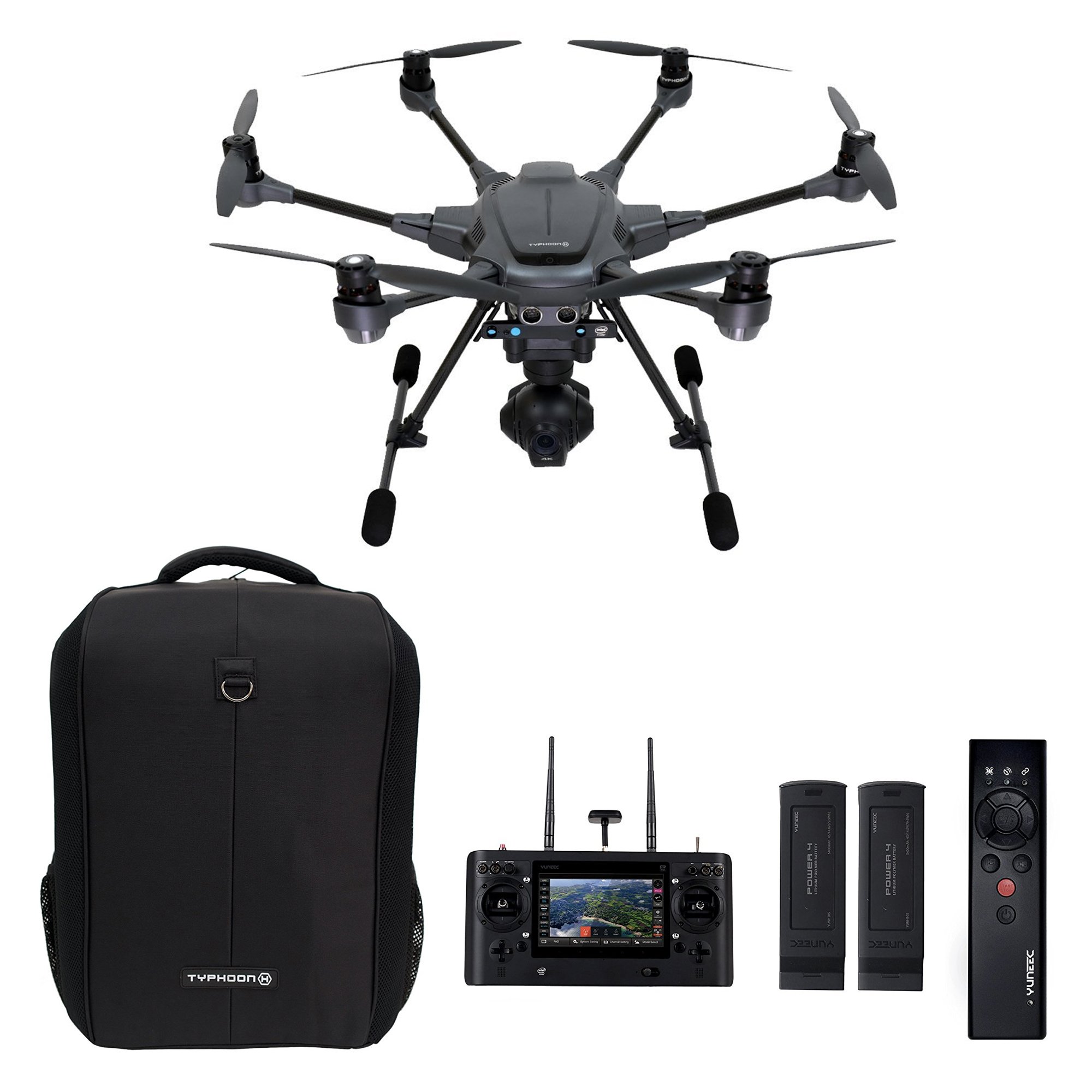 Unfortunately, the hexacopter is tricky to fly low or indoors, as there is no ground detection system and flight ends up being unstable until you gain more height.

Just like the Phantom 4, obstacle avoidance only works when you are flying straight forward, as there are no sensors to the rear and sides. The obstacle avoidance currently included with the Typhoon H is a sonar-based system, that only stops the hexacopter, rather than navigating around obstacles. This is somewhat disappointing, but the Intel RealSense System is expected to be released very soon. This is understood to be an optical avoidance system, with 3D mapping and navigation around obstacles. The system will be an option on new Typhoon H hexacopters, but also be available as an add-on for the existing version, with the sonar system.

It is great to see that Yuneec considered safety from the outset, choosing the hexacopter platform over the more popular quadcopter because it allows the drone to stay in the air even after breaking a prop or experiencing a motor failure. The Yuneec Typhoon H is a strong competitor with some features similar to the DJI Inspire at double the price. Unfortunately, the Typhoon H falls short of the impressive DJI Phantom 4’s feature set. The 360-degree view and camera rotation may be exactly what some people are looking for, but for most consumers, this is a nice to have and not a requirement. With the release of the Intel RealSense System expected very soon, the Typhoon H is the top competitor to the DJI Phantom 4. Hopefully, our Yuneec Typhoon H drone review has been useful for you in selecting a drone!

Want to buy a drone? Here’s What You Need to Know

Want to buy a drone? Here’s What You Need to Know

Learn How to Fly a Quadcopter – Beginners Guide

This Drone Can Both Swim & Fly